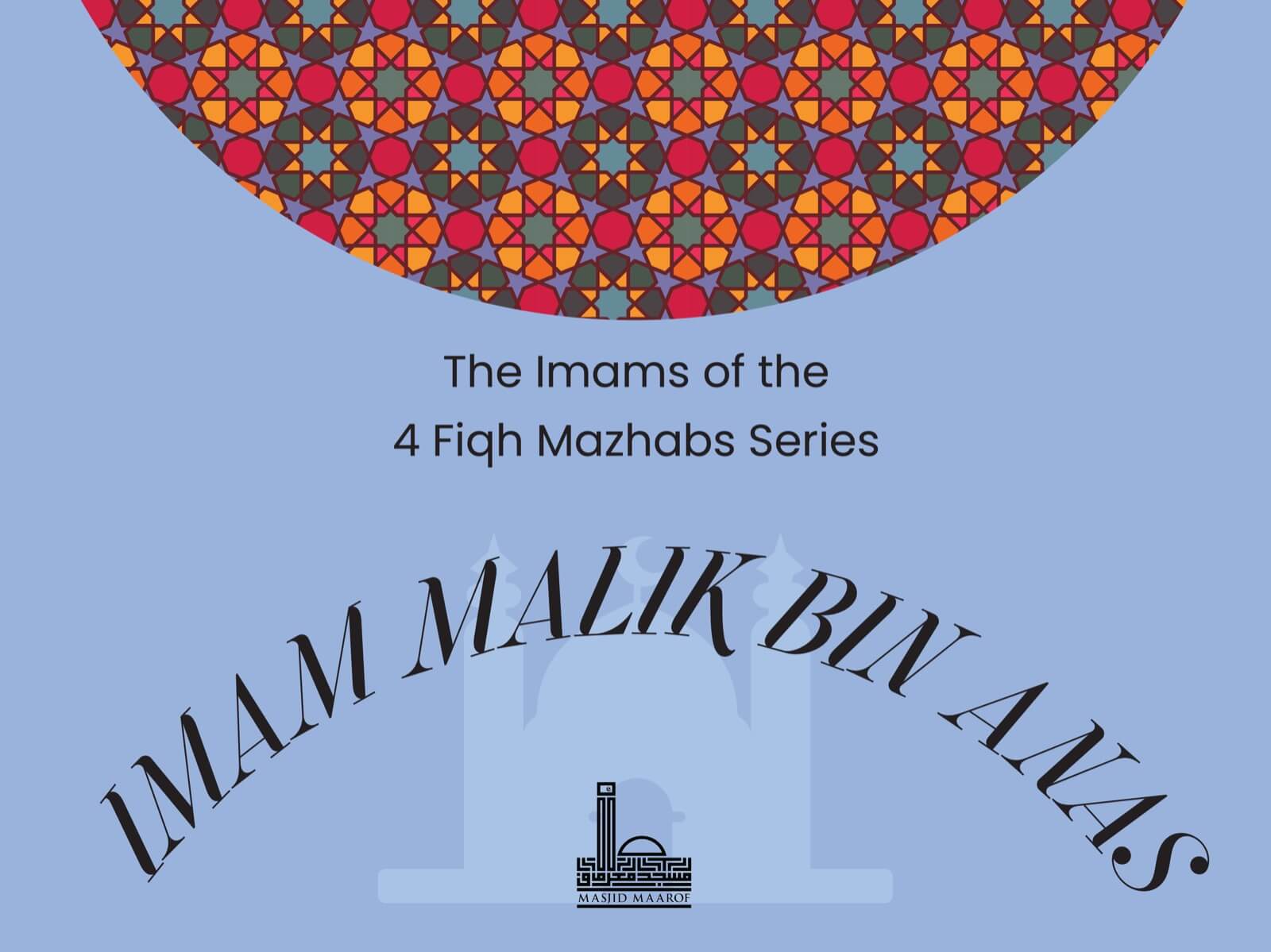 His ancestors originated from Yemen and later settled in Madinah. Imam Malik was born in Madinah, in 93 Hijri. He remained in Madinah throughout his life and only travelled out once for Hajj to Mecca.

He received his education in what was the most important seat of Islamic learning, Madinah, and where the immediate descendants of the Prophet and the followers of the sahabahs were living. His mother encouraged him to seek knowledge and fill his time with the scholars. He memorised the Quran at a young age and moved on to memorise the hadith.

Imam Malik was very cautious in giving out fatwas or answers. He lived by Ibn Hurmuz’s advice: “If you are not aware of the answer to a question, do not display unnecessary formality. You should clearly say that you do not know.” He was once asked some 48 questions, and he answered 32 of them with ‘I do not know’.

Imam Malik held the hadith of the Prophet s.a.w in such honour that he never narrated, taught any hadith, or given a fatwa without being in a state of ritual purity.

Imam Malik received recognition from 70 scholars of his time, and was allowed to teach at Masjid Nabawi and issue fatwa at the age of 17. His gatherings were attended by many seekers of knowledge, and his students helped spread the Maliki mazhab based on his jurisprudence.

The Maliki mazhab derive rulings from these sources: The Quran, the Sunnah, then Ijma’ (consensus), then the Ijma’ of the people of Madinah, then Qiyas (analogy), then the statement of the sahabahs, then Masalih Mursalah (considerations of public interest), ‘Uruf (custom), ‘Adat (common usage), Sadd az-Zara’i, Istishab, and Istihsan.

He is the author of Al-Muwatta’, which means ‘The Approved’. It was the earliest compilation of hadith, combined with the sayings of the sahabahs, tabi’in and several others on Islamic rulings.

Imam Malik compiled Al-Muwatta’ over the course of 40 years, having started with 10,000 narrations until he reduced them to the current 1824. Imam Bukhari said that the most authentic chain of transmission of Hadith is called Silsalat Azh-Zahabi (golden chain), which has only three links — “Malik from Nafi from Ibn Umar and then from the Prophet”. There are 80 narrations with this chain in this book.

After falling ill, Imam Malik passed away in Madinah, in 179 Hijri. He is buried in the famous Al-Baqi’ cemetery.

Today, the Maliki Mazhab is mostly found in North and West Africa, Egypt, Sudan, Morocco, and the eastern part of the Arabian Peninsula.