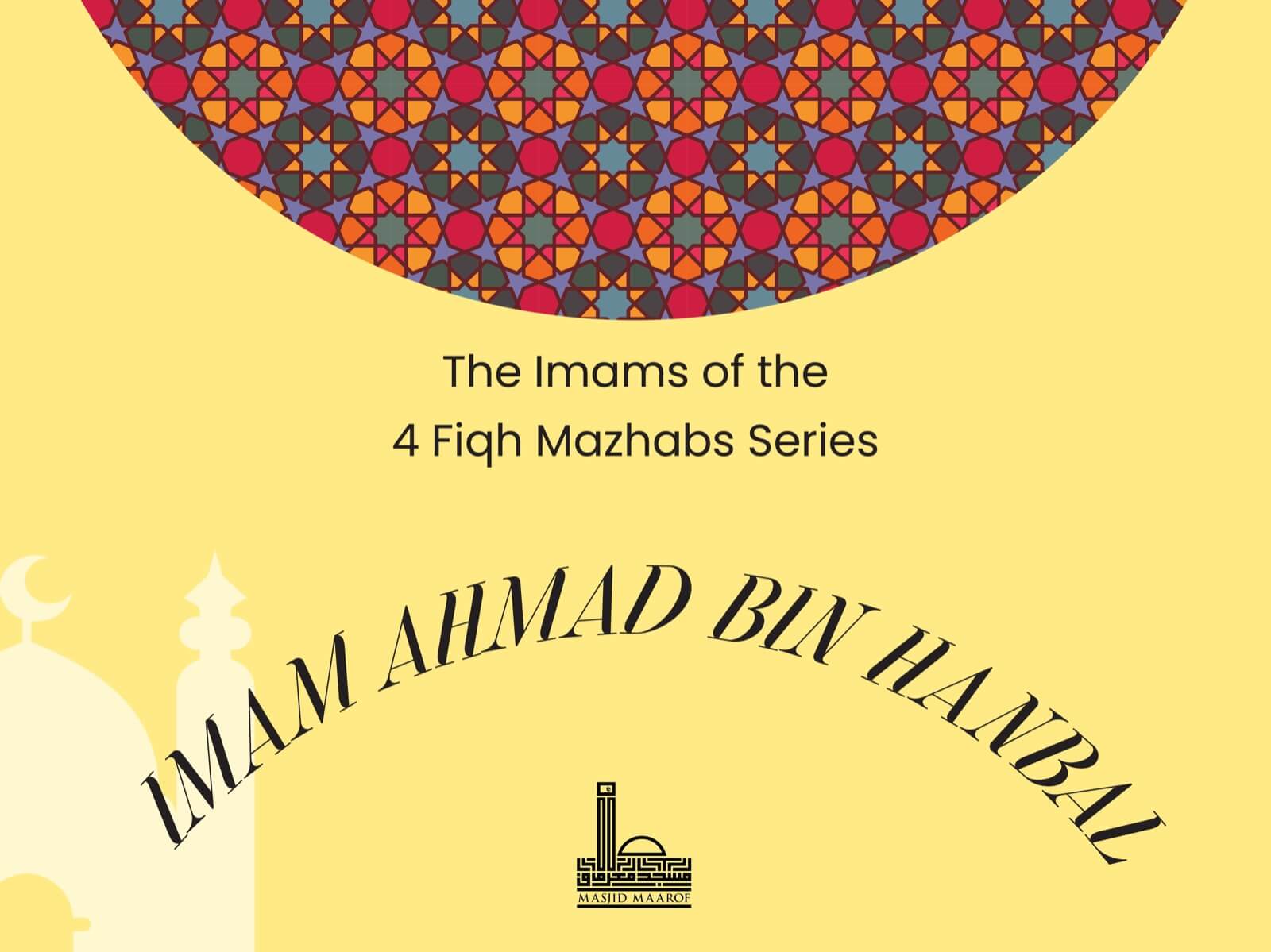 His name is Abu Abdullah, Ahmad bin Muhammad bin Hanbal bin Hilal bin Asad Asy-Syaibani. He was born in Baghdad in 164 Hijri. He is an Arab, belonging to Bani Shayban of Rabia’.

He studied jurisprudence (Fiqh), Hadith, and lexicography (i.e. the process of dictionary-making) in Baghdad, and travelled extensively in his quest for knowledge.

He excelled tremendously in the field of Hadith, from memorising to being able to differentiate between the sahih (authentic) and dhoif (weak) hadiths.

According to Imam Syafie’: “I left Baghdad and did not leave behind me anyone more virtuous, more learned, more knowledgeable than Ahmad bin Hanbal.”

In Baghdad, Imam Ahmad started learning jurisprudence under the celebrated Islamic scholar, Abu Yusuf, who was a renowned student and companion of Imam Abu Hanifah.

He devoted himself to the study of Hadith and made frequent visits to Iran, Khurasan, Hijaz, Yemen, Syria, Iraq and Morocco in pursuit of collecting authentic hadiths.

He learned and wrote hadith from more than 280 scholars, including:

In addition, Imam Syafie’ taught him Islamic Fiqh and its fundamentals. This, and the fact that he was a scholar of hadith, were responsible for his deep devotion to the textual views on Islam, and his opposition to innovation in religion. He became a mufti at the age of 40.

The Hanbali Mazhab was formed upon Imam Ahmad’s students’ effort on collecting and systemising Imam Ahmad’s replies to questions.

His most notable students include:

The Hanbali mazhab derive rulings from these sources: The Quran and Sunnah, then Ijma’ (consensus), then the statements of the sahabahs, then Qiyas (analogy), then Masalih Mursalah, then Sadd Az-Zara’i, and Istishab.

Among the works of Imam Ahmad is the great encyclopaedia of hadiths: ‘Al-Musnad’. It was compiled during his lifetime, completed by his son Abdullah, and amplified by supplements. Al-Musnad contains more than thirty thousand hadiths.

His other works include Kitab as-Salah, on the discipline of making prayers, and Kitab as-Sunnah, on matters of Aqidah, based on hadiths and commentaries of the sahabahs, and Masaail, a collection of fatwas.

Today, the Hanbali Mazhab is widely found in Saudi Arabia, Qatar, the United Arab Emirates and some parts of Iraq and Syria.